Who is your favorite person in Japanese history?

If there is such a question, Ryoma Sakamoto or Nobunaga Oda will generally be the top.

Speaking of Nobunaga Oda, he is famous for evaluating subordinates with full meritocracy, regardless of family characteristics or ideas.

This time, let’s look at the warlord “Niwa Nagahide” who was particularly effective among the Oda Nobunaga Vassions.

Tadaomi of the Oda family 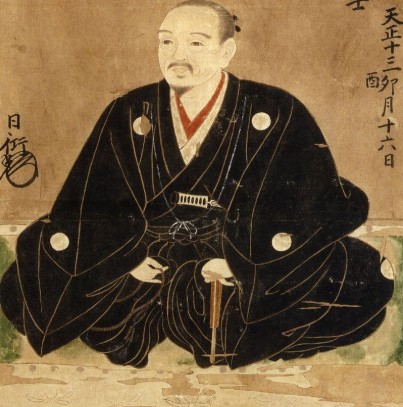 During the Warring States period, Nagoya and Shiba, Oda and others were quite intricately fighting for power.

Even if Oda Nobunaga’s house is designated Oda Nobunaga itself as the successor to Oda Nobunaga himself, Katsuya Shibata and Nobunaga Hayashi, who is the first person in Nobunaga’s rearing, take on a brotherhood and take part in the fight There is.

It was in 1550 that Niwa Nagahide began serving Nobunaga.

The death of father Nobuhide was 1552, the battle between Nobunaga and Nobuyuki was about 1556, and Niwa Nagahide was consistently serving Nobunaga since the time when Nobunaga was called the Great Pass. For Nobunaga, it can be said that it is a grief inside.

Niwa Nagahide is one year younger than Oda Nobunaga, and he has been a student of Nobunaga since the age of 15 and has participated in most of the major battles.

It was in the middle of the battle with Saito Ryuko who was in Mino who cited the award of merit, and in the subsequent battle with Mr. Hexagon, his activities increased gradually, such as attacking Minowa Castle with Hideyoshi.

In the battle of Anegawa, which is a battle with Asai and Asakura, he succeeded in attacking Sawayama Castle, which is known for its robustness, and persuaded him to surrender Kazumasa Kanno.

In 1573, the Wakasa country was given by Nobunaga, and became the first warlord given the country among Nobunaga’s members. It can be said that it is an episode that shows how Nobunaga favors Niwa Nagahide.

In 1576, he served as a general magistrate at the Azuchi Castle, and performed smoothly until completion, showing the height of his administrative ability.

After that, we will fight against various forces such as Ishiyama Honganji, Takeda and Ichimoku Ichigo under Nobunaga, and we will be able to get a glimpse of both ways, such as raising martial arts in each.

As the seat order of the elders of the Oda family, it is in the second place after the Shoda Katsuya, and he has been active as a double.

Although Nobunaga was supposed to take the world, he could be revolted by Akechi Mitsuhide due to a change in Honnoji.

At that time, Niwa Nagahide was in charge of defeating Mr. Nagasagabe in Shikoku as a vice general of Oda Nobutaka, the third son of Nobunaga.

Hearing the news of Nobunaga’s death, he joined the army of Hideyoshi, and defeated Akechi Mitsuhide at the battle of Yamazaki.

After that, the side of Hideyoshi, who won the battle of Mt. Kamagaki, who is the final battle with Katsuya Shibata, won, and in the battle of Komaki, the battle against Tokugawa, he fights against Mr. Tokugawa.

Hideyoshi is rewarded for its merits, and Niwa Nagahide is given the two countries of Wakasa and Echizen, the Kaga semi-country, and becomes a great name of 1.23 million stones.

In 1585, the great general became sick. The cause of death was calculus, and he was 51 years old.

Lastly, I wrote to Hideyoshi and wrote a letter, cut my belly, took a stone, and sent it to Hideyoshi.

It is now unknown to anyone if it is true.

The members of the Oda family, including Katsuda Shibata, were disgusted by the unknown Hideyoshi, but it is said that Niwa Nagahide was unusually favored by Hideyoshi among them.

His character was Atsumi Atsumi, faithful to government affairs, and served Oda Nobunaga without having a dual spirit.

It was not flashy, but he did a certain job to help Oda Nobunaga expand his power, and he ended his life without any mistakes.

It can be said that it is a warlord who had a certain ability in the Warring States period of the meritocracy, and in the Oda Nobunaga Veterinary Service.

「Those who survive are strong! Look at the life of the founder “Maeda Toshiie” of Kaga One Million Stone」