stayed in Miyazaki until yesterday, and I went to some shrines in the Shinbu Emperor area, so I would like to write about “Jempu Tenno” this time.

Guinness Book is also in trouble

The Guinness Book of Books has an item called “The dynasty which continues in the same vein”. It seems that there is a doubt in this item whether to register the Ethiopian royal family or to register the Japanese emperor family.

The origin of my doubt is about the first emperor “Jempu Tenno”.

This area is quite complicated.

The Ethiopian Empire happened in the 5th century BC, and continued until 2500 in 1974 until Emperor Heilesserashie regressed, but because the emperor of Emperor Takemu is 660 BC, this one is older and now But it continues.

The Ethiopian Empire is also recorded in the “history” of the Greek historian Herodotus, who frequently appears on this blog, and has a relatively high degree of credibility, but the Emperor Jinmu, including its existence and age, etc. There are many arguments.

The Guinness Book also seems to be bothersome in this area.

Therefore, Guinness Book treats Japan as the oldest dynasty, with a proviso that “the 4th century is realistically”.

Personally speaking, I think that it is quite unreasonable that Emperor Shinbu’s enthusiasm was 660 BC.

Japan was a country without letters for a long time, so there is no history book itself until the Nihon Shoki and Kojiki are compiled, only the descriptions in the Chinese books are relied on, and the rest are communicated by spoken language It is done.

This is about the same as any country’s history, and there are fewer countries that are clearly emerging.

The history of any country starts with myths at first

Only China and Rome were keen to leave history, and there are many parts of the ancient history of Britain and France that are presumed based on Roman books.

Rome and China also have a part that can not be considered to be a fact in the history of the founding country, and in particular, Rome makes the first king Romulus a grandson of the army god Marus in order to raise the legitimacy of the country.

Therefore, there are a lot of skeptical people in Romulus’s existence itself, and China is also a myth at first, and the lower body is a snake with two heads, and it is calm.

The bible, which is translated as “the Bible,” is also personally considered to be the founding history of the Jewish people, and after all the mythical elements are large.

Therefore I think that the Emperor Jinmu should also have a great mythological factor.

Since I went to Shishido Jingu, let me put a photo. 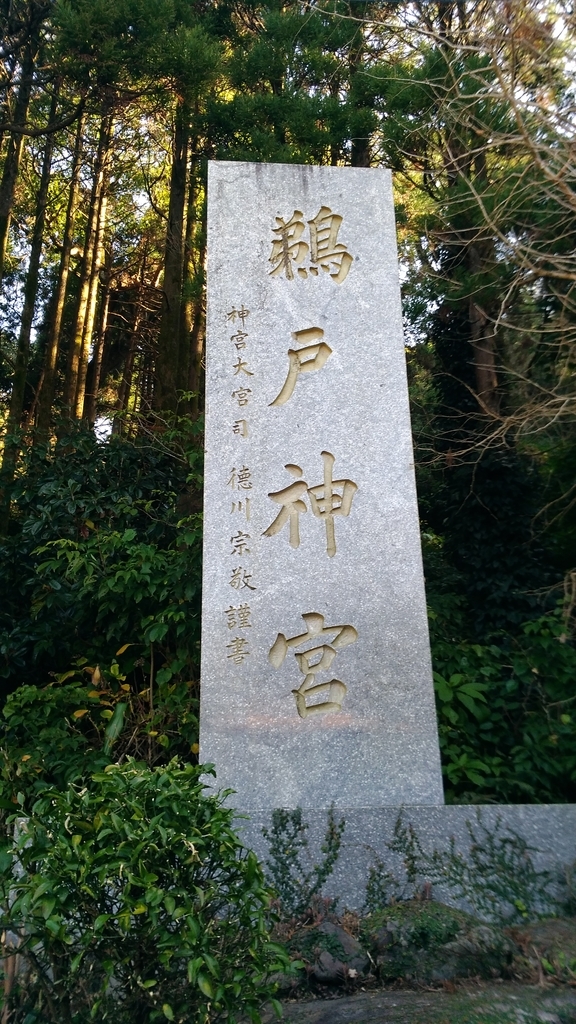 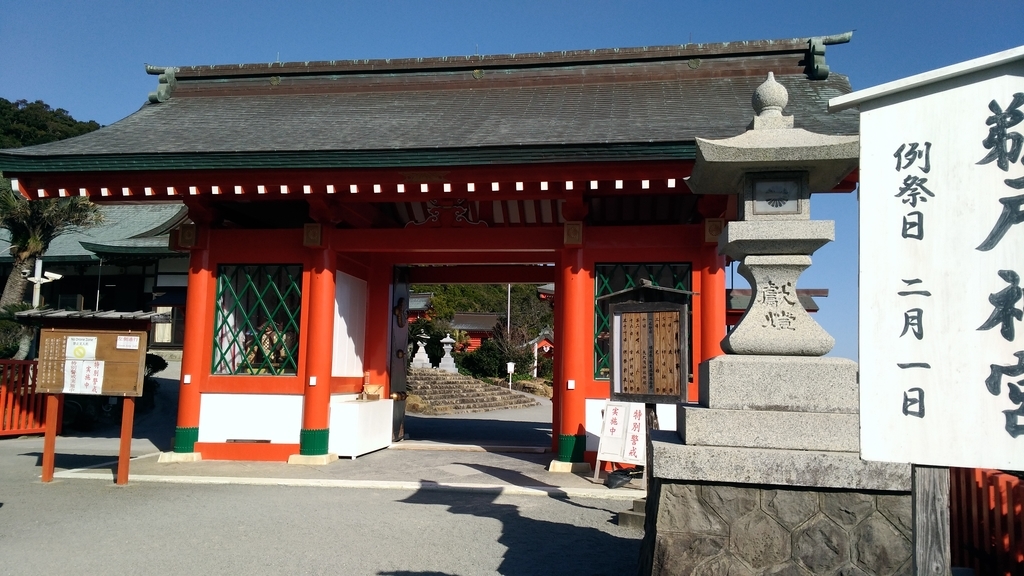 It is said that Shishido Jingu is built in the Iwaya where Suga-no-su was born. 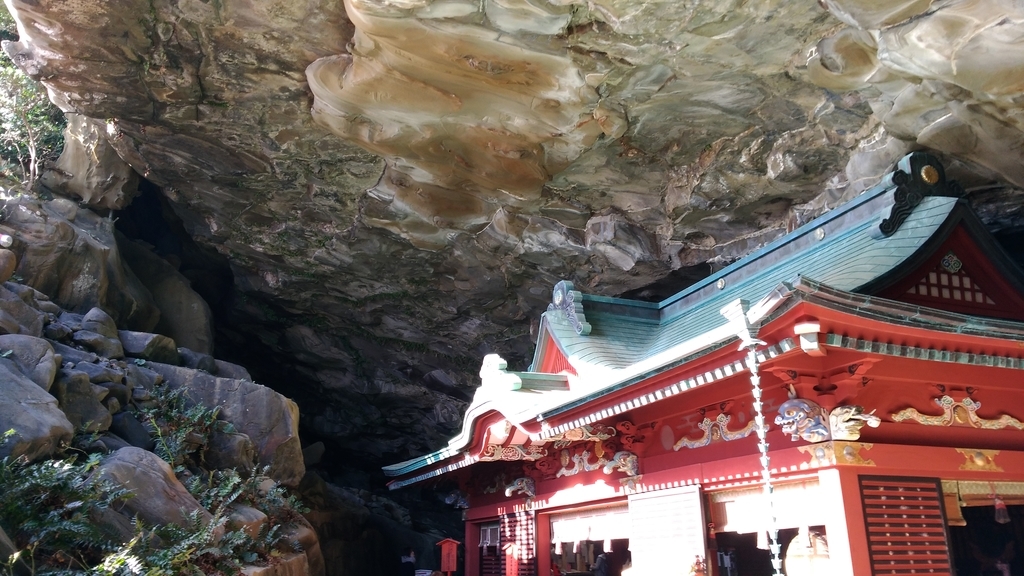 In addition, the famous Aoshima Shrine near Shishido Jinguu is dedicated to the “Hikobira Shimi-son”, the father of Sourissu’s unidentified son. I’ve been here so let me put a photo. 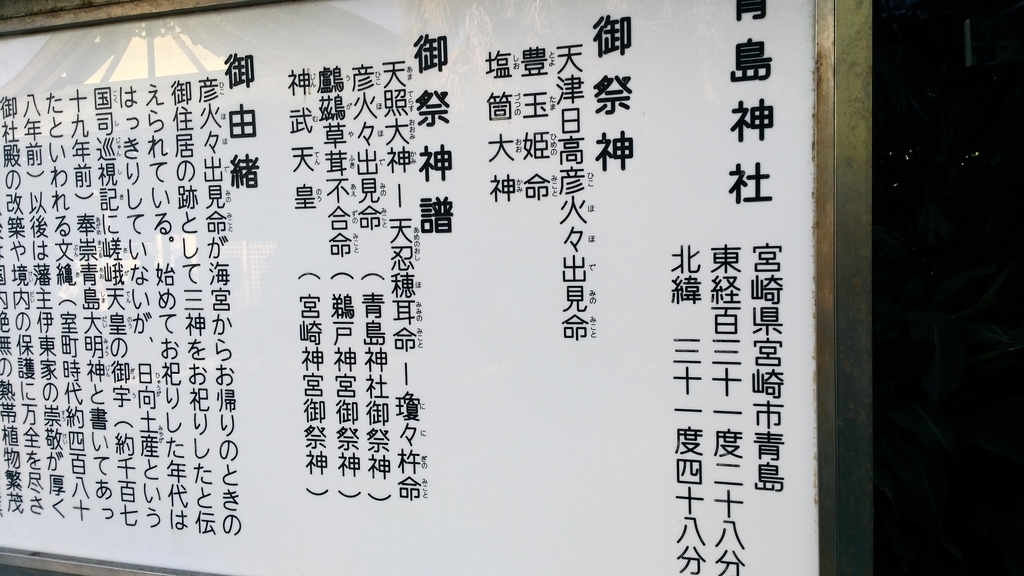 There is also a strange land nearby, which is said to be the famous demon washboard. 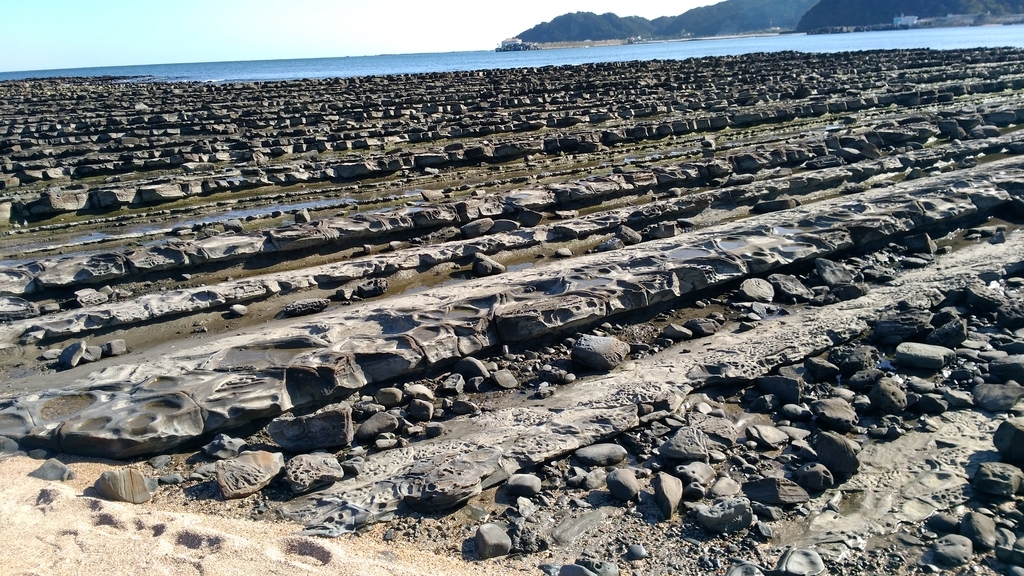 The Emperor family of Japan is indeed a family member of a venerable bloodline.

The theory that Momotaro is about the Emperor Jinbu

According to Kojiki and Nihon Shoki, Emperor Takemu took over his brother and his subordinates at age 45 to start an expedition from Kyushu to the land of Yamato. It is the famous east war of Shinbu.

If you decide Yamato’s country, you will be appointed next year, and the Emperor Jinmu will be born.

When I was small, my father was keen to say that Momotaro was about Emperor Jinmu.

In other words, demons are powers centered on the country of Yamato, and monkeys, dogs, and whales are countries that cooperated with the nearby Emperor Jinbu.

Nobody will no longer know if that is true, but it may be similar.

Such a story has come out quite well when you try to go out with “Jinpu Emperor Momotaro” as a trial.

Every Japanese person knows the story of Momotaro itself, but no one knows when it has been transmitted. That in itself is a strange story.

Speaking of the sword possessed by Emperor Jinmu, it is the famous “Fu-no-tsutama”. This is a possession of Takemica Juchi, a thunder god originally famous in the Persona series, and became a possession of Emperor Jinbu during the east conquest.

It is the one who comes out well even in RPG.

According to tradition, Emperor Jinmu died in 76 years after the throne. It has a lifetime of 127 years, and is world-class longevity. Surely Guinness Book will be worried about this point.

After all, will Emperor Junmu really exist? When did you become a person?

There are many unknown points in Japanese history, especially when there is a period when China’s turmoil has become so intense that there is little mention of the Japanese side as it is said to be a blank “150 years”, what happened to that part I do not know. Personally, I think Emperor Jinmu is a person of this era.

If Emperor Takeshi presided over Kyushu and Kinki before Himiko, then the presence of Shodaikai would be somewhat strange.

Although there is a side that is not known whether it is Kyushu or Yamato itself, it will be that it is an enemy power against the Emperor House if it is after Jenbu, and contradictions also occur with the description in the inscription.

There is also an idea to make Himiko itself an Amaterasu-Ookami, and it is also possible that then the Emperor family was born in the flow of Shodaikai.

Even if it is not so, I think from the view of the later administration of the Yamato regime that Emperor Jinmu is a generic term of the 3rd to 4th century AD or a person who lived in that era.

There is a description of those who are called “5 kings of the fort” in the record of “the fort (劉宋-420-479)” which was in the middle of the 6th morning of China, and these people are famous for their burial mound There is an opinion that the emperors are, and it is not so funny because the Tentoku Emperor is the 16th Emperor.

On the contrary, if it is a person of 660 BC, since it is only 15 generations in about 1000 years, this becomes quite strange.

It is a personally understandable conclusion that the evil horse Taikuni is in Kyushu, and that the emperor of the emperor Tobu eastward conquers the west and unifies Shikoku.

Since the first Emperor was supposed to exist, I think that “Jempu Tenno” itself existed. I do not know if I decided to settle West Japan in a single generation. Some of the achievements may have been combined into one, or at least not 660 BC.

「The talented person of the second rank of Oda Veterans ! About the life of “Niwa Nagahide”」

「About the fact that Kotaro Komura’s career is too great!」